Andrea Palladio is best known for his 1570 I qvattro libri dell'archiettvra, or Four Books of Architecture. It brought the theories of the Roman architect Vitruvius into the modern world, reshaped Renaissance architecture and profoundly influenced neo-classicism. 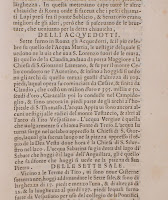 We recently acquired an important precursor, Palladio’s L’antichita di Roma (Venice, 1565). It is essentially a guidebook. It tells the history of Roman buildings and guides the readers to notice certain features. The act of writing it surely helped Palladio define his views of architecture and develop his architectural principles that would come to dominate the era.

Bound with the Palladio is an Italian translation of Mirabilia Romae also printed in 1565. But the fly leaves are also interesting. The binder used some scrap paper from the shop: left over printed indulgences. The indulgence was issued by Bernhardino Cirillo, the Archibishop of Loreto, to raise money for additions to the hospital at Santo Spirito in Saxia. The book as a package nicely wraps up the pilgrim's experience of Rome. It  contains the standard guide to historical sights, with the contemporary commentary by Palladio, but also an example of one of the indulgences which many pilgrims would have purchased during their visit. 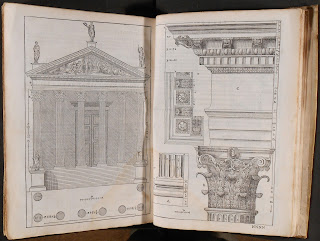 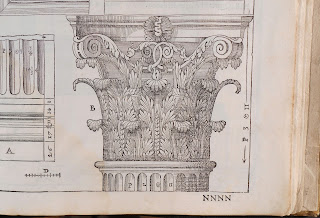