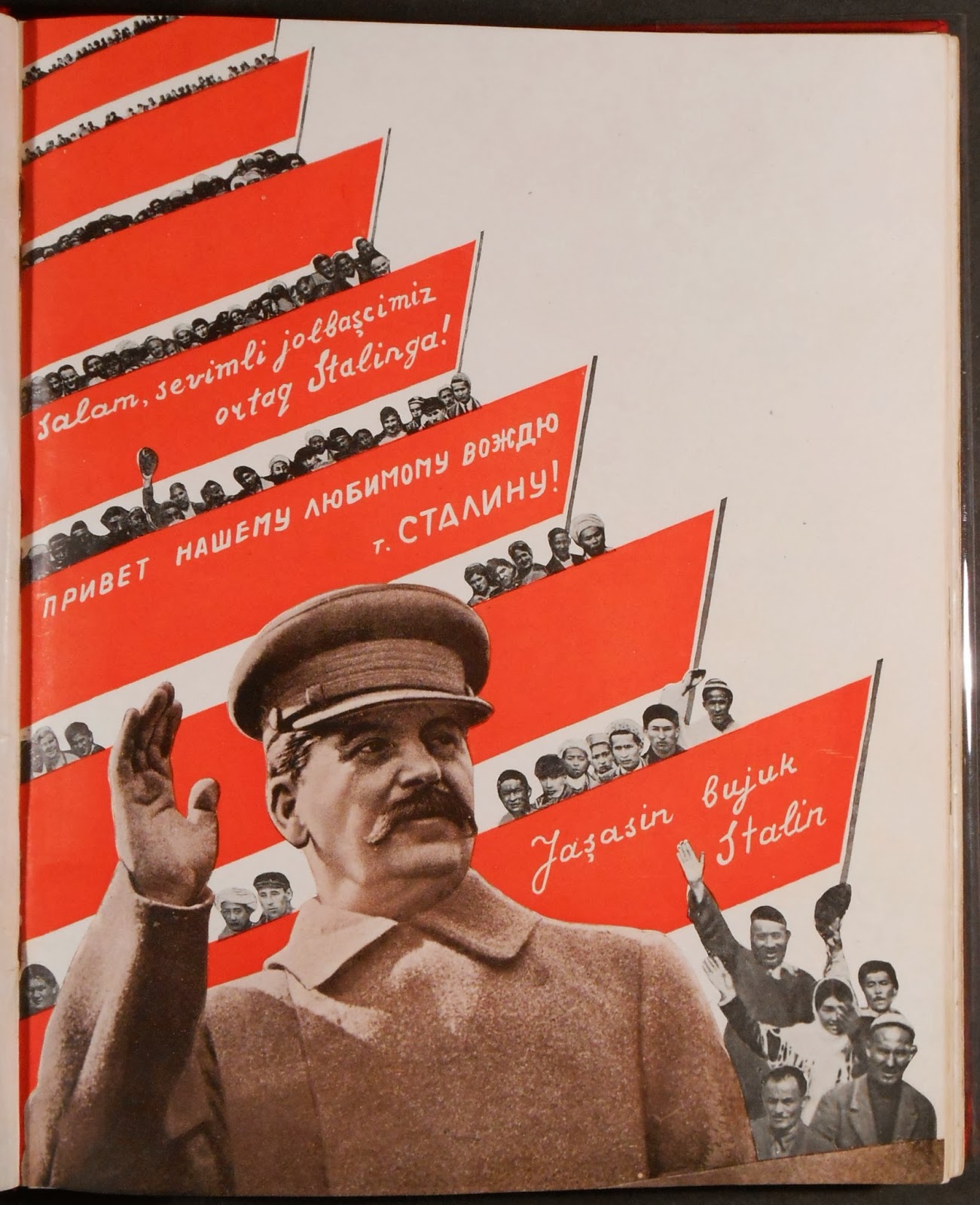 In 1934, Aleksandr Rodchenko turned his considerable talent to the production of a commemoration of ten years of Soviet rule of Uzbekistan. The resulting 10 Let Uzbekistan is a monument to Stalinist pride. In its original edition, Rodchenko's photographs and designs (including cut outs and acetate overlays) show the prosperity brought on by communism. The original edition bulges with images of bureaucrats.

But the book was followed immediately by one of Stalin's purges that reshaped the leadership of the region. Our edition or 10 Let Uzbekistan appears to be a subsequent printing because all of the bureaucrats killed and wiped from history have been cleanly excised. 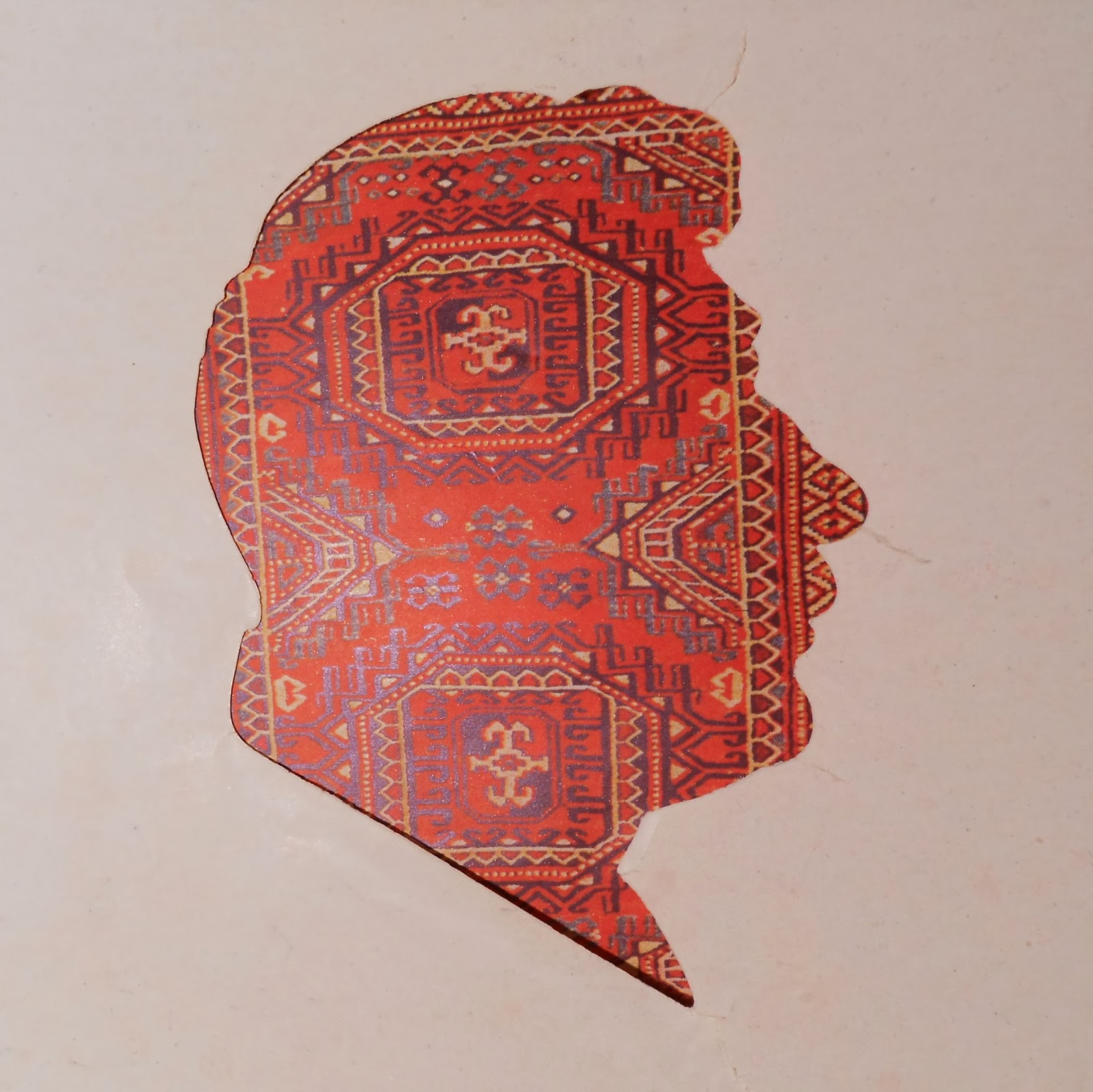 The book is complemented in our collection by Ken Campbell's Ten Years of Uzbekistan: A Commoration (London: Ken Campbell, 1994). Campbell photographed Rodchenko's personal copy of the original printing in which Rodchenko had blackened out the faces of those purged. Campbell then printed the images with thick layers of ink making them heavy with the weight of history. In his hands the commemoration is not a celebration, but a somber exploration of oppression. 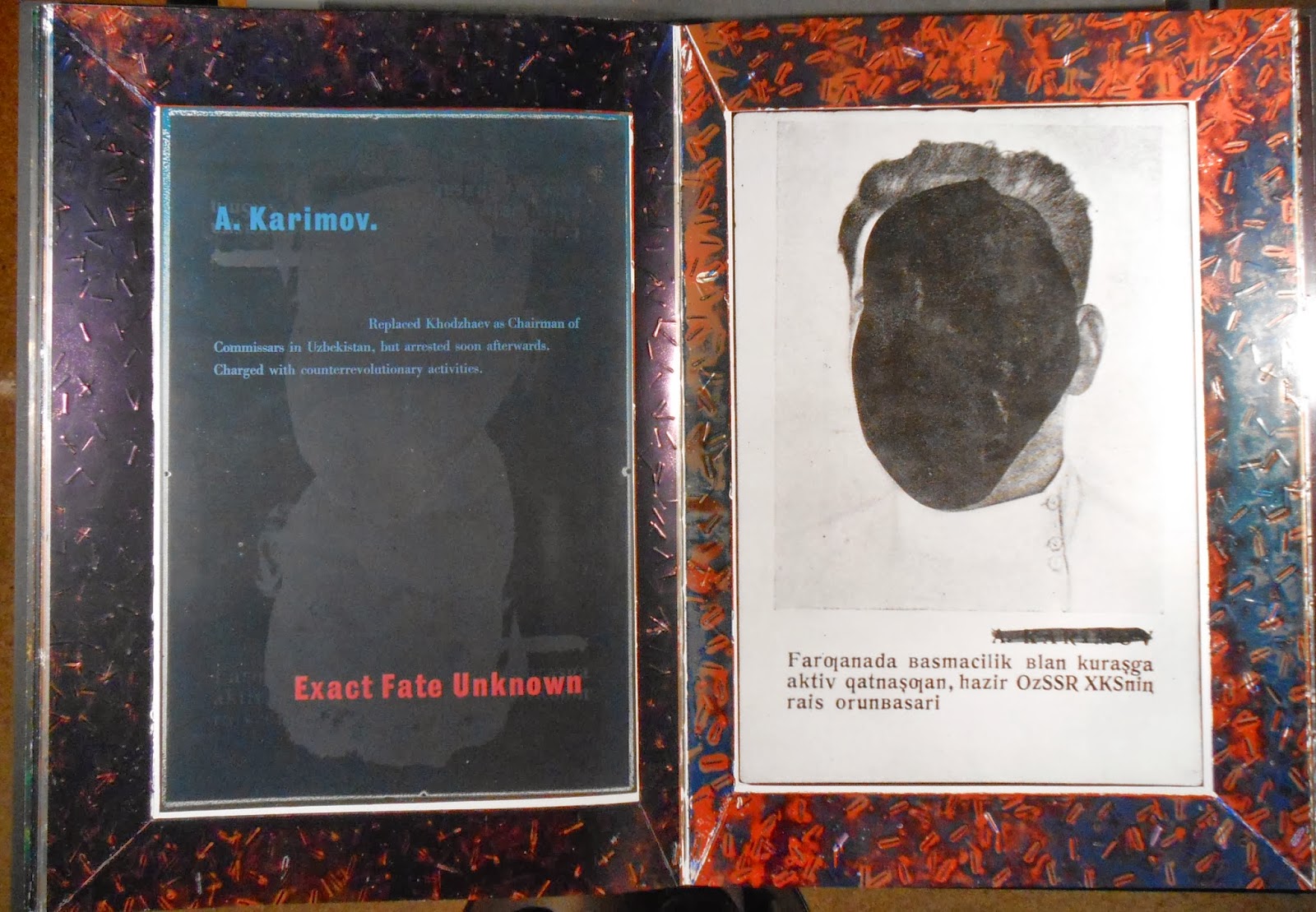