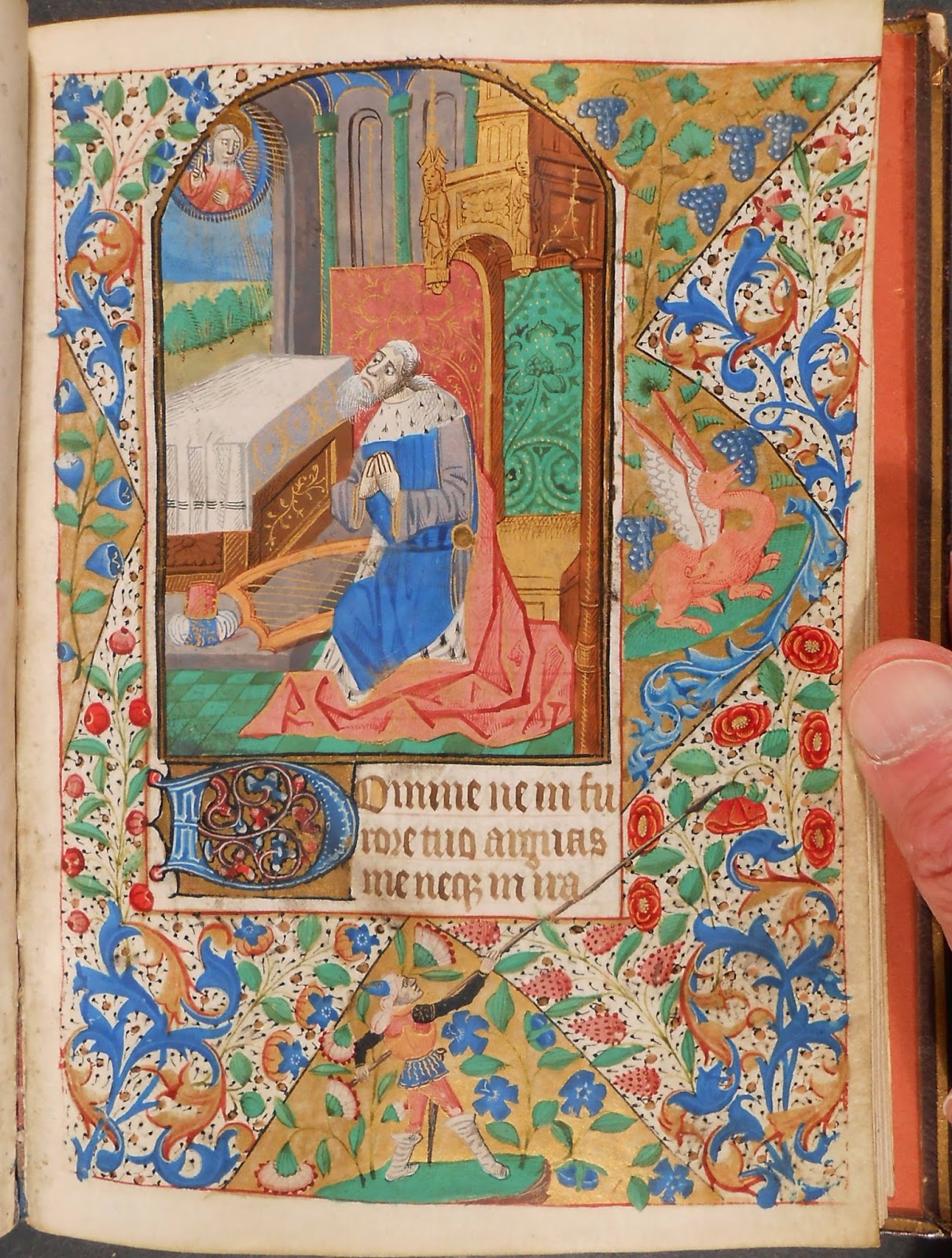 This weekend's canonization ceremonies in Rome are a timely reminder of all of the amazing depictions of saints in our collection. Since Saint George's Day was earlier this week, we thought you might appreciate this image of George taking aim at an unsuspecting two-headed dragon nibbling on some grapes. It hardly seems a fair fight in this depiction from a book of hours produced in France around 1450. The scene surrounds an image of a David in prayer that introduces the penitential psalms. 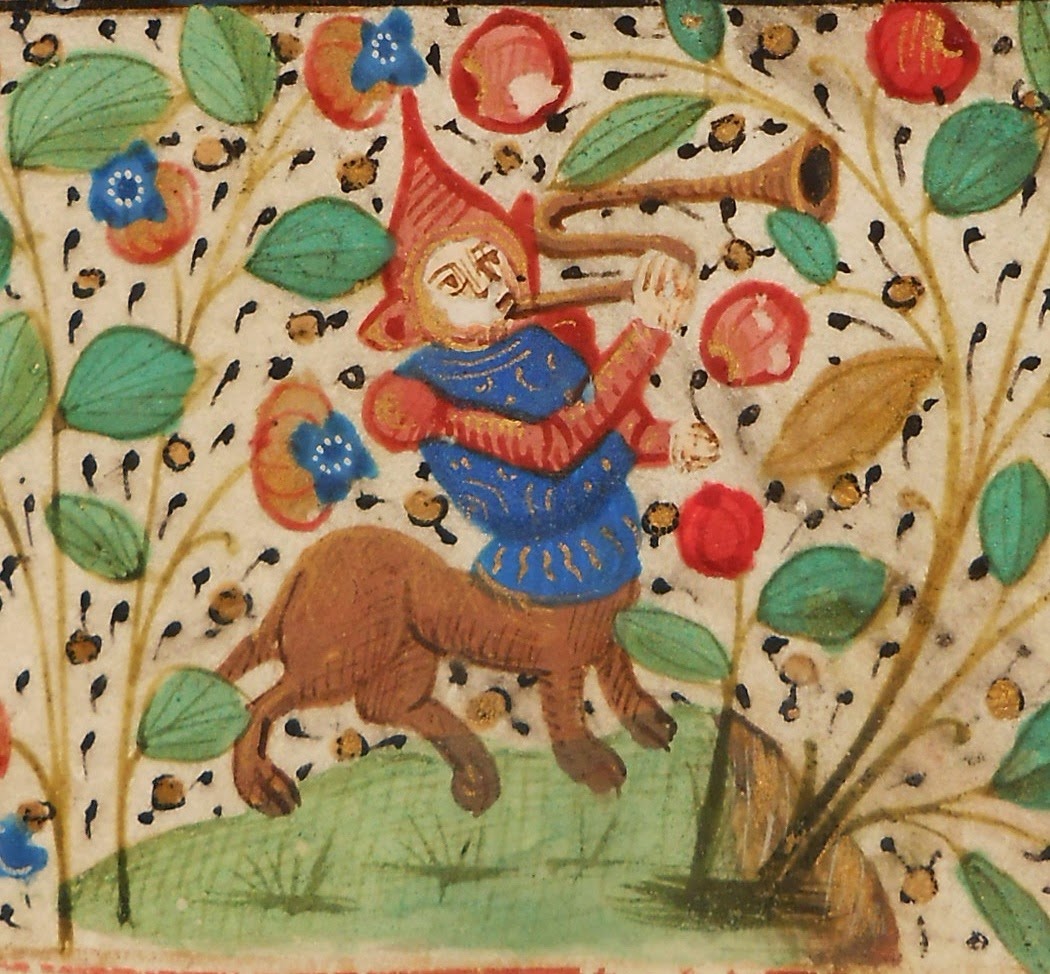 This particular book of hours has many whimsical characters inhabiting its borders that provide a kind of comic response to the piety of the texts and images they frame. 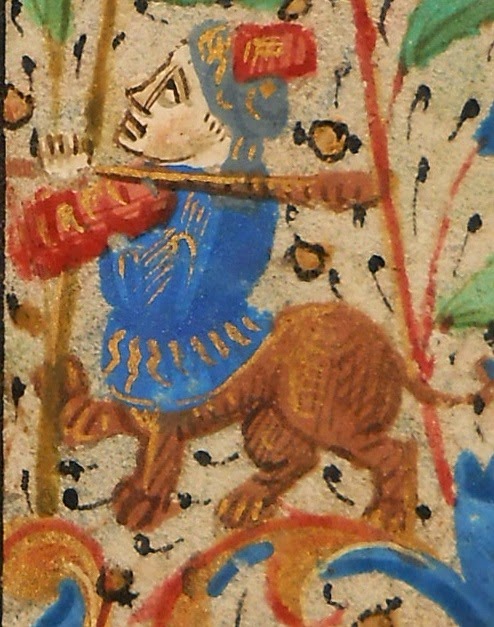