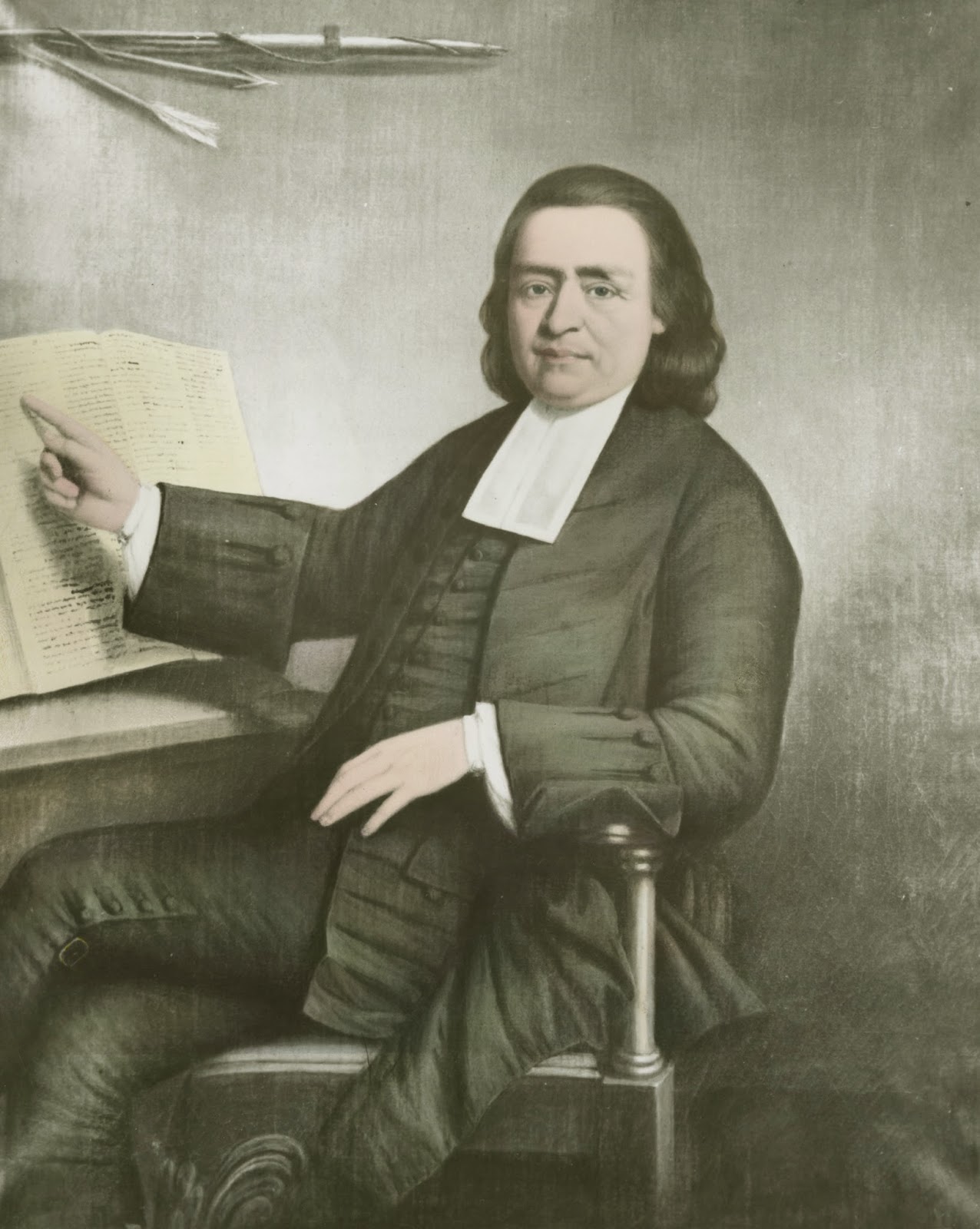 In 1768 Samson Occom, a Mohegan Indian, minister and scholar returned from a trip to England. Occom’s trip was not one of pleasure, but of business. Eleazar Wheelock, founder and first president of Dartmouth College, had sent him over the ocean to travel the country preaching the word of God and collecting money. The object of these collections was Wheelock’s Moor’s Indian Charity School in the colony of Lebanon Connecticut. This school had been founded to educate Indian youth, both male and female, in the hope of converting them to Christianity. Occom had gone to England a willing participant because he believed in the Christian God and because he believed that his people, and Native Americans more generally, needed to be educated if they were to fare well in a world dominated by Anglo-American society.

On his return, Occom was dismayed to find that Wheelock was determined to use the funds raised in England (£12,000—approximately 2.4 million in today’s dollars) to found a College for Anglo-Americans. Though he’d been warned about Wheelock’s intentions by others, specifically the English minister George Whitefield (who was a virtual celebrity of the time) it came as a bitter surprise. 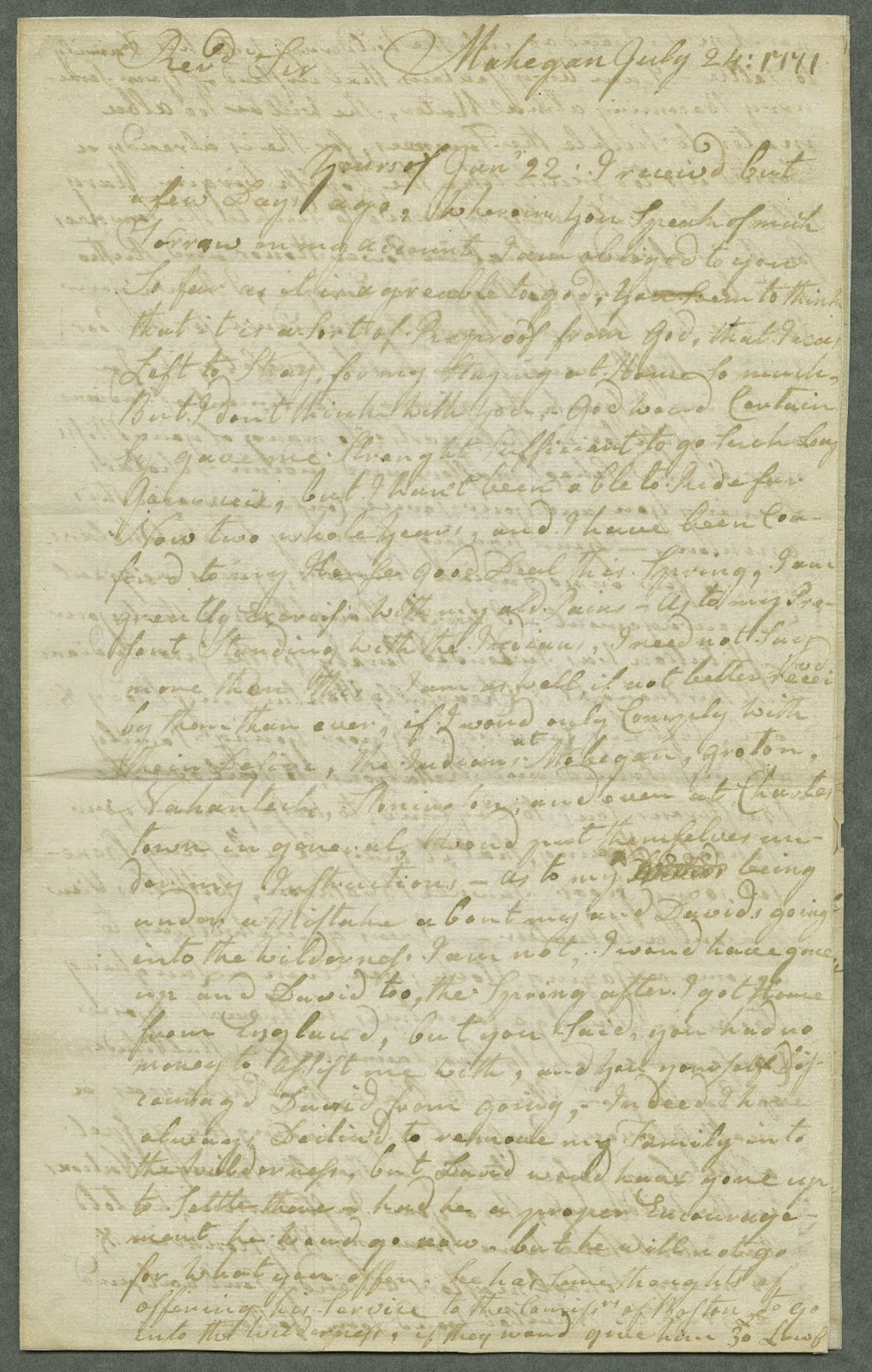 In July of 1771, one year after Dartmouth College opened its doors to its first class, he wrote to Wheelock to express his concern and disappointment. The letter opens fairly typically for an 18th century missive “Revd Sir, Yours of Janr 22: I receivd but a few Days ago.” The letter starts out with some general news, but there is a definite edge to the tone. In the second page Occom makes his true reason for writing clear,

While this may seem fairly straightforward from our perspective today, a bald statement of displeasure like this was tantamount to shouting in the 18th century. Occom is clearly angry and feels that Wheelock has abandoned the intention of educating the Indians (the tawnees as he refers to them). He continues,

“I Chearfully Ventur’d my Body & Soul, left my Country my poor Young Family all my Friends and Relations, to Sail over the Boiſterous Seas to England, to help forward your School, Hoping, that it may be a laſting Benefet to my poor Tawnee Brethren.”

But he is only just getting going. He notes that he was willing to be “Gazing stock, Yea Even a Laughing Stock, in Strange Countries to Promote your Cauſe” and he berates Wheelock that they “Shall be Deem’d as Liars and Deceivers in Europe, unless you gather Indians quickly to your College, in great Numbers” 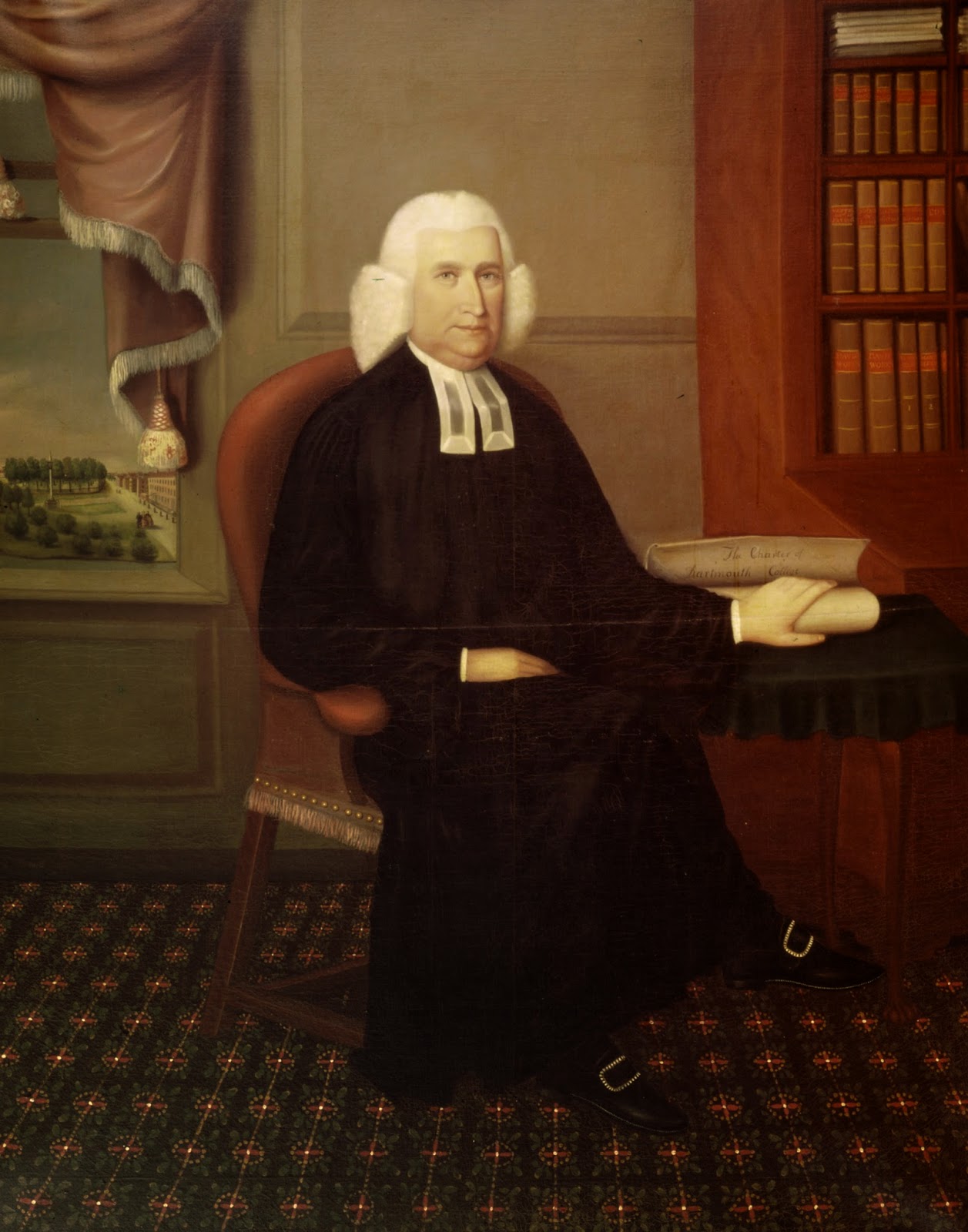 These are strong words, made all the stronger since Occom was writing to his mentor and sometimes benefactor. It must have surprised, and perhaps even shocked, Wheelock to receive such a frank and stinging rebuke from his former student, and an Indian at that. While this was not the end of their communications, Occom never did set foot on Dartmouth’s campus and he and Wheelock never met face-to-face again. True to 18th century mores, and despite his anger, Occom closes his letter in a typical fashion for the time, signing off “Your moſt unworthy Servt Samſon Occom”

This letter and many more are now available online as part of the Occom Circle Project, a National Endowment for the Humanities funded project to digitize, transcribe and markup over 500 letters, documents, diaries and sermons written by or about Samson Occom. The site, the brain child of Ivy Schweitzer, Professor of English and Women and Gender Studies, makes the transcriptions available side-by-side with digital images of the original documents with options to view both a diplomatic version (as intended by the author) and a more modern, readable version. The Text Encoding Initiative markup allows scholars and student to search and sort the documents in new ways as well as providing clarifying information about places, people and events mentioned in the letters.

To learn more about this project, still underway, come to the Friends of the Library presentation on the Occom Circle Project on May 15, 2014 at 4:00 in the Class of 1902 Room in Baker Library.

To see Occom’s scathing letter to Wheelock, go to: http://collections.dartmouth.edu/occom/html/diplomatic/771424-diplomatic.html Or, come in and ask for DC Hist Mss 771424.