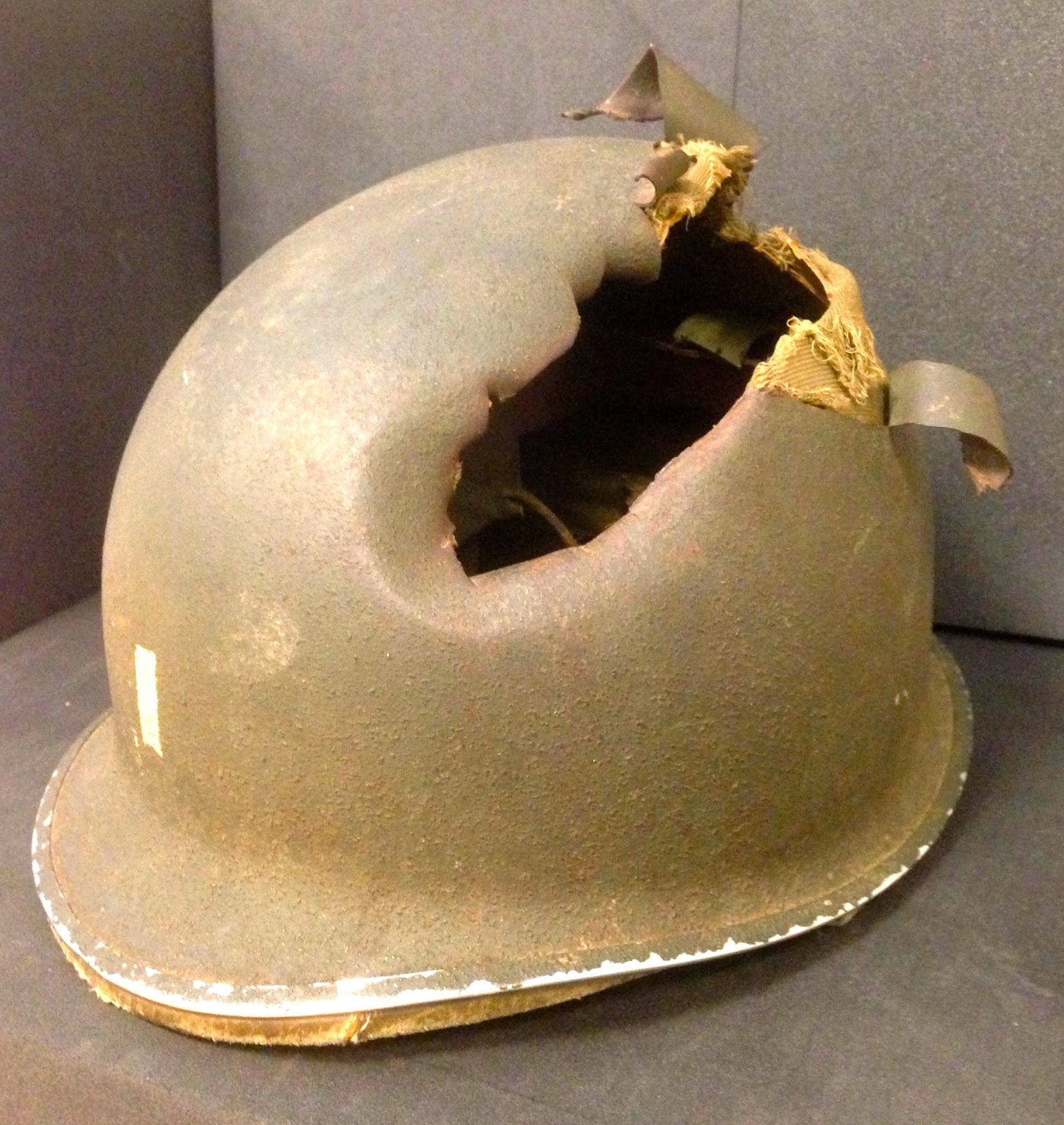 On June 6, 1944, Clinton Gardner, Class of 1944, found himself digging a foxhole on Omaha Beach as part of the D-Day invasion of German occupied Europe. The landing area was already strewn with bodies and the Germans were raking the incoming allied forces with artillery and machine gun fire. Gardner, a Lieutenant in the artillery, was not about to move any further inland until the infantry made a hole in the German defenses, and that did not seem to be about to happen.

An incoming round suddenly exploded in front of him. His head snapped back and then a curtain of blood blinded him. In his memoir, D-Day and Beyond, Gardner recounts how he stood up and staggered toward two of his fellow officers wiping blood from his eyes. The two officers stared at him in horror. Then he reached up and felt his helmet. There was a gaping hole, large enough that he could get two hands into it. Gingerly he felt around and found that he could feel a soft, mushy surface that he assumed must be his brain. Sick and disoriented though he was, he managed to get his first aid kit out and pour sulfa powder into the hole and then stuff it full of gauze. 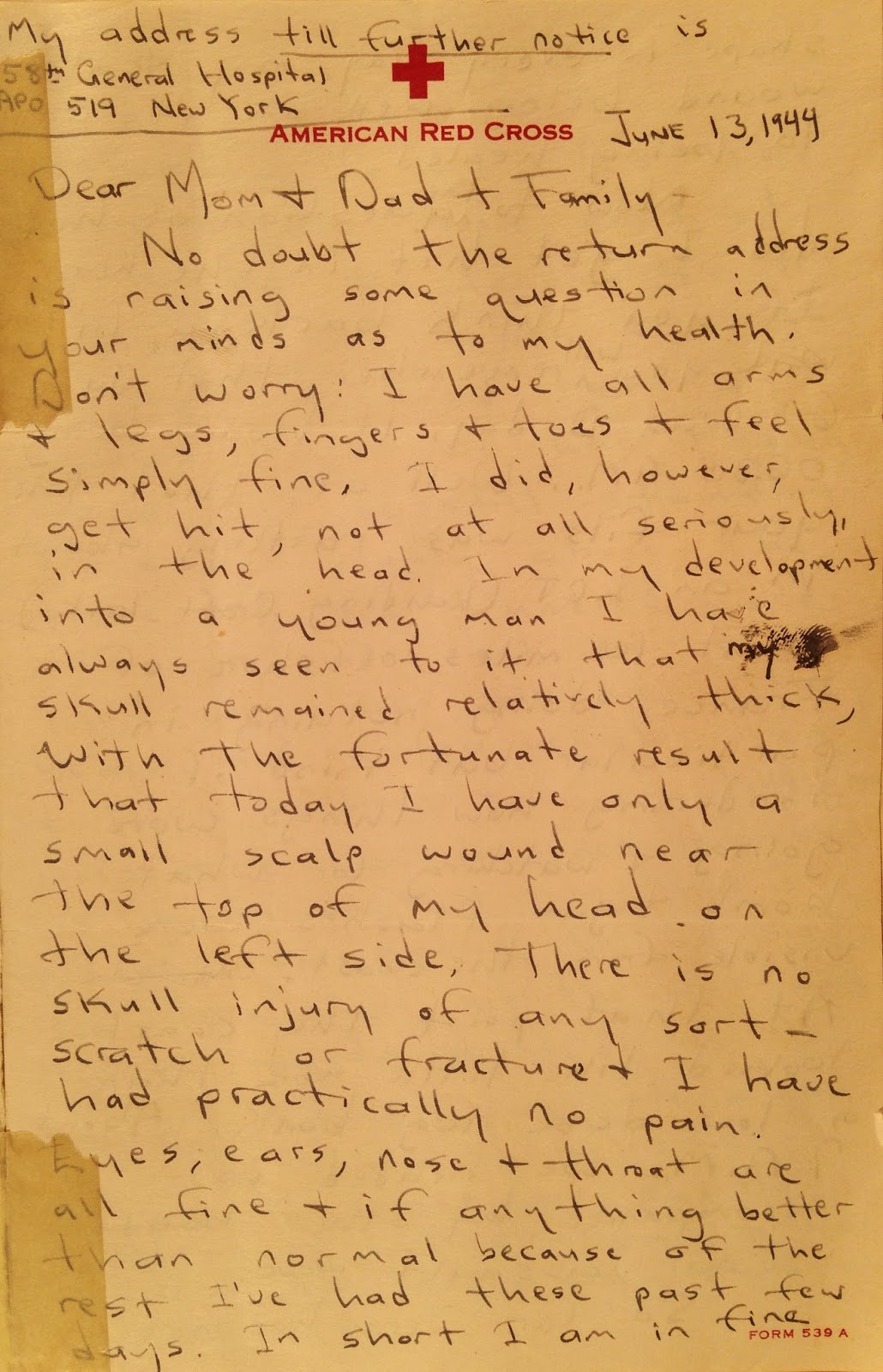 Unable to walk or speak properly, Gardner watched as his unit packed up and began to move inland, following the infantry who had suddenly begun to advance. The other officers told him that they would send medics back for him. He was soon alone on the beach with a handful of wounded and dying soldiers, all of whom would have been killed by German mortar fire had not a group of British troops happened along. The British moved the wounded Americans up the beach to a sheltered area among some rocks.

After 23 hours wounded on the beach, a group of medics finally arrived and moved Gardner and the others to a field hospital in Vierville. There Gardner made the happy discovery that what he had felt through the gash in his helmet was not his brain, but badly lacerated scalp tissue. Though his skull was scarred, it was not broken. Getting the helmet off was another matter: it took three doctors and a fair amount of pulling and twisting as the edges had curled in and were imbedded in his scalp. Eventually Gardner was sent back to England to recover, but that was not the end of the war for him. Later he would find himself being bombed by friendly fire during Battle of the Bulge and still later he would serve as the American Commandant at Buchenwald following its liberation. 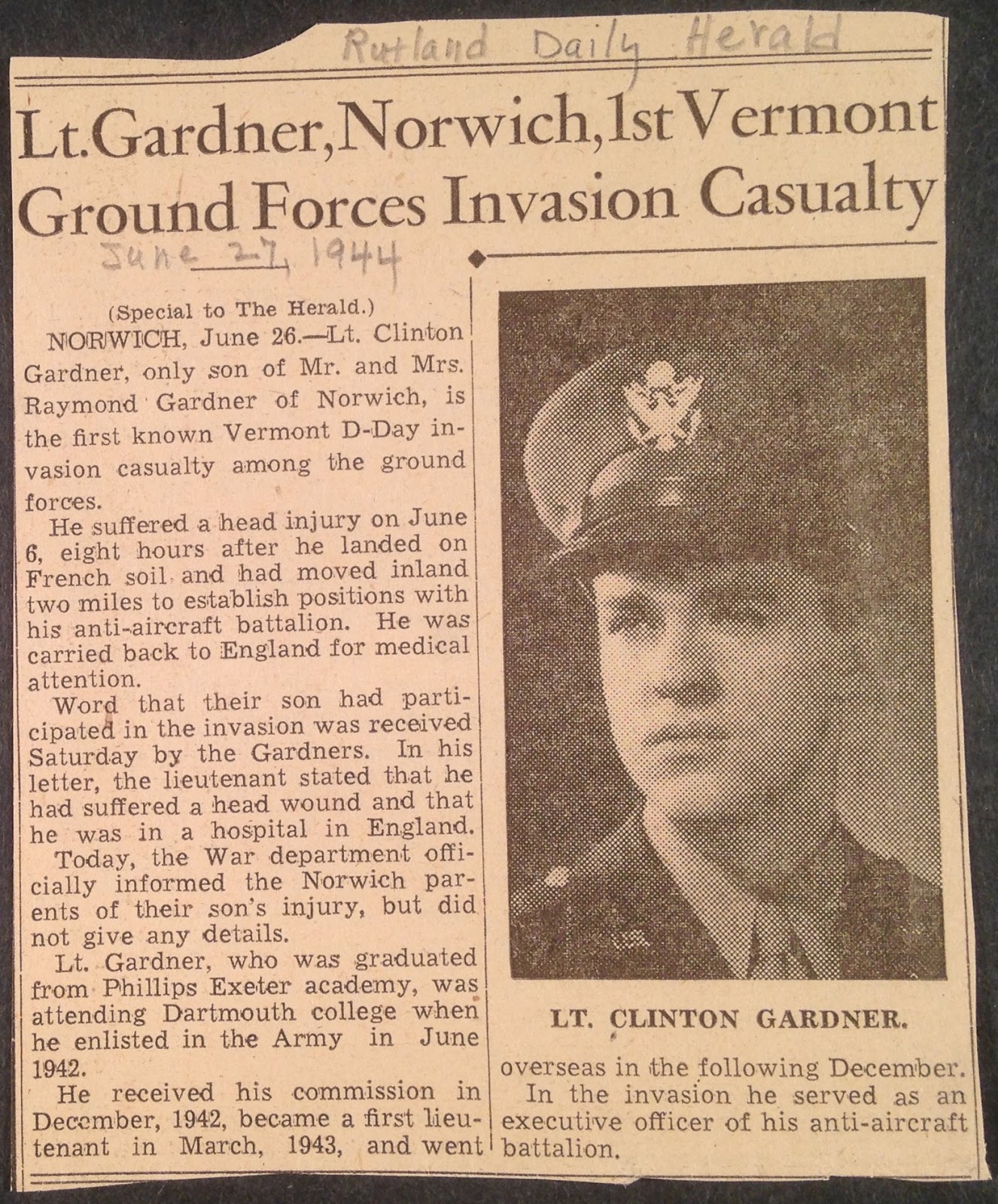 Gardner’s helmet remains, to this day, the most damaged helmet whose wearer survived his wounds.

To see Clint Gardner’s helmet or to read his letter home ask for MS-1109. A guide to the collection is available. To read his book, D-Day and Beyond, ask for Alumni G1728.