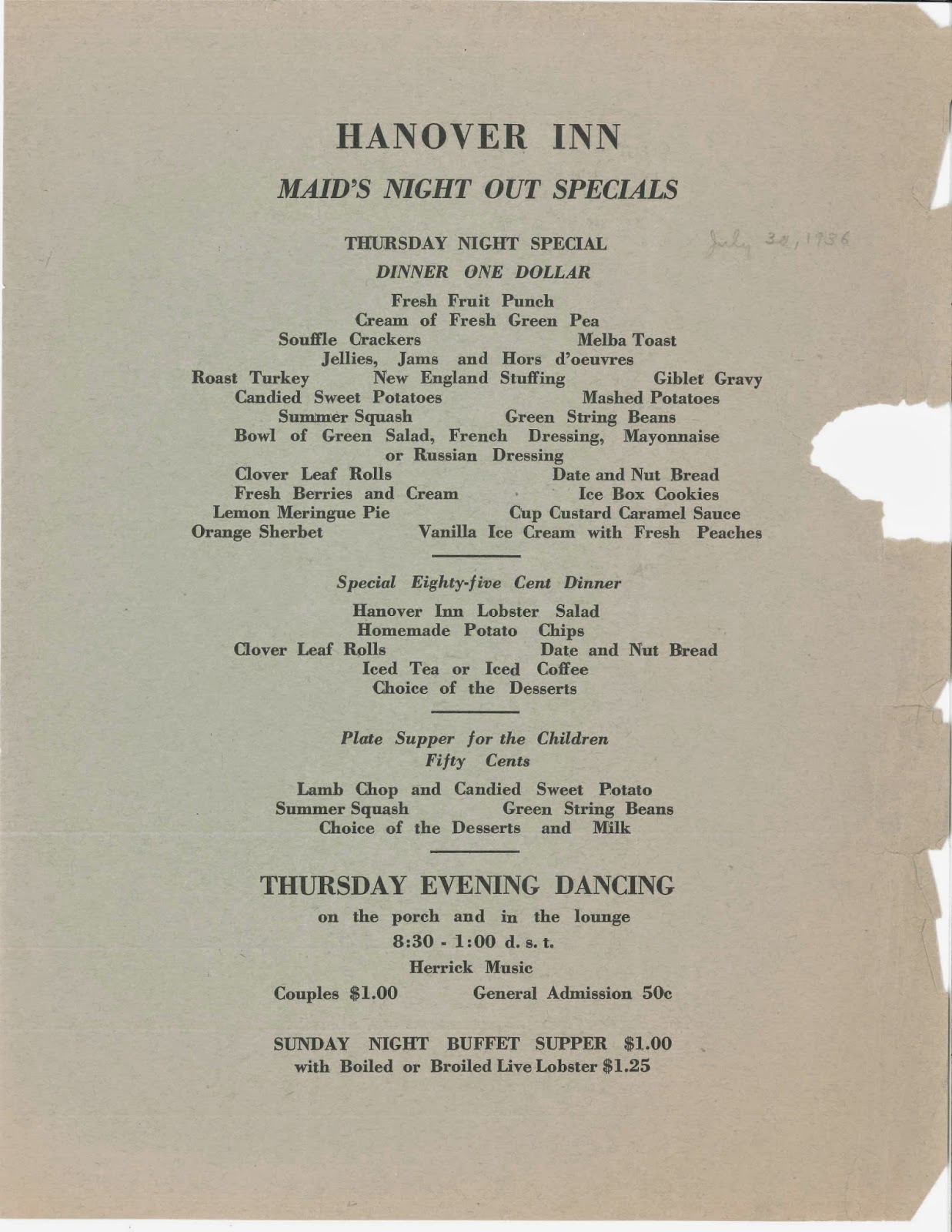 It was just a coincidence that lunchtime was approaching when I came upon a 1936 menu from the Hanover Inn within a box of documents on my desk. So, I was already thinking about food, but the thing about menus is that they also can shed light on cultural, economic and historic events. The menu, for example, certainly leads me to assume that in 1936 there were many Hanover households with maids, maids who either did the cooking or the cleaning up, or both, and who apparently all took Thursday nights off. I don't know what the maids were up to on Thursday night, but the Inn provided Maid's Night Out Specials for dinner, and, later, dancing on the porch. (Your investigative blogger can tell you that the special 85¢ lobster salad dinner in 1936 would be difficult to replace at a similar location today for less that 30 times the cost.)

Rauner has any number of menus, many of them documenting meals at local restaurants, College dining halls, fraternity banquets and campus events. Somewhat less regional is the Christmas banquet menu from the Ziegler Polar Expedition, 1903-1905. The expedition left Norway in the summer of 1903, landing at the base camp in Franz Josef Land left from a previous Ziegler expedition. They then established an advance camp for their run (actually two unsuccessful runs) to the North Pole, Camp Abruzzi, several miles further north. By the time Christmas rolled around, their ship had been crushed in the ice; by January all traces of it would be gone. I wonder if the men would have been chowing down heartily on New York style chicken croquettes had they had known that neither a resupply nor a relief ship would reach them for another year and a half. 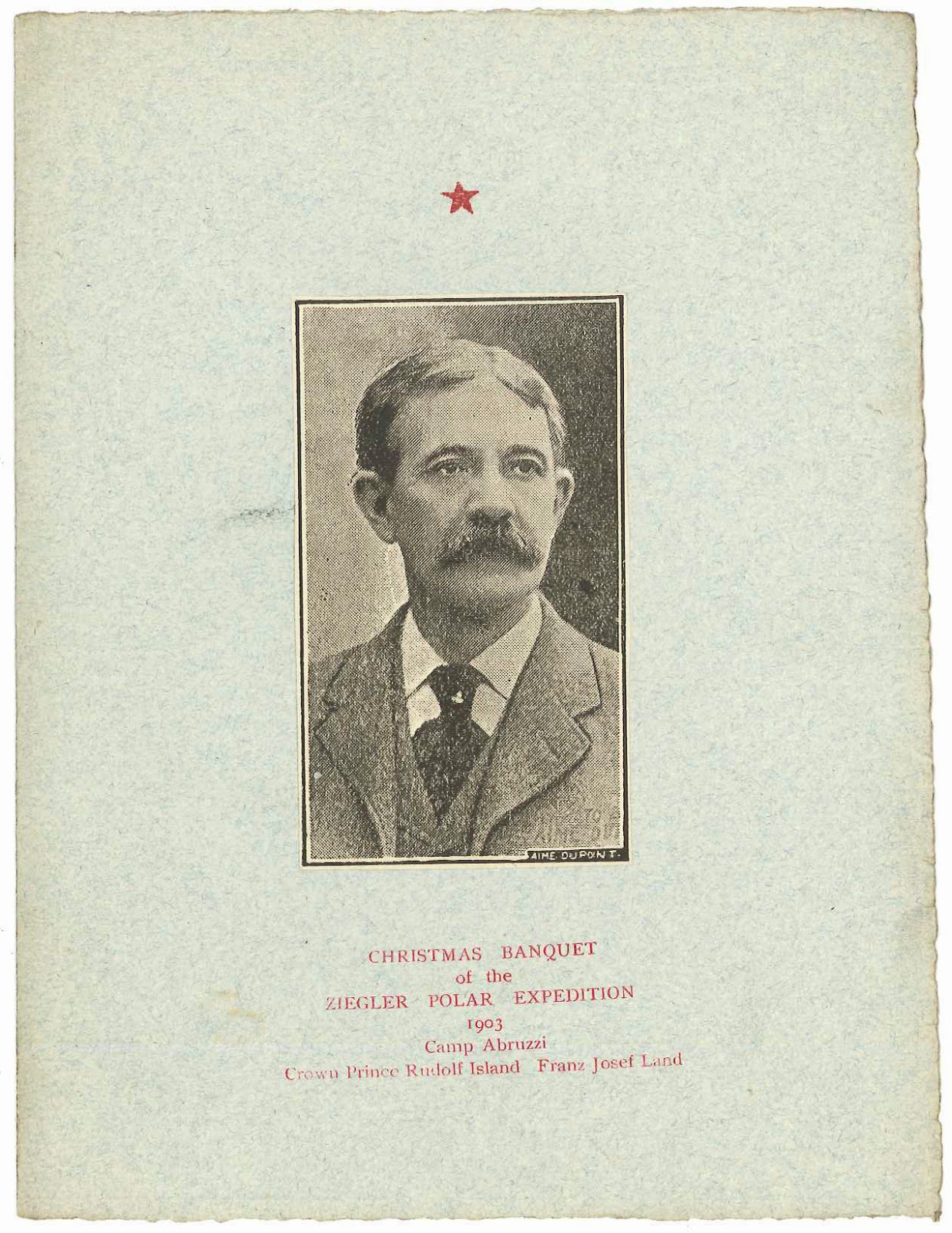 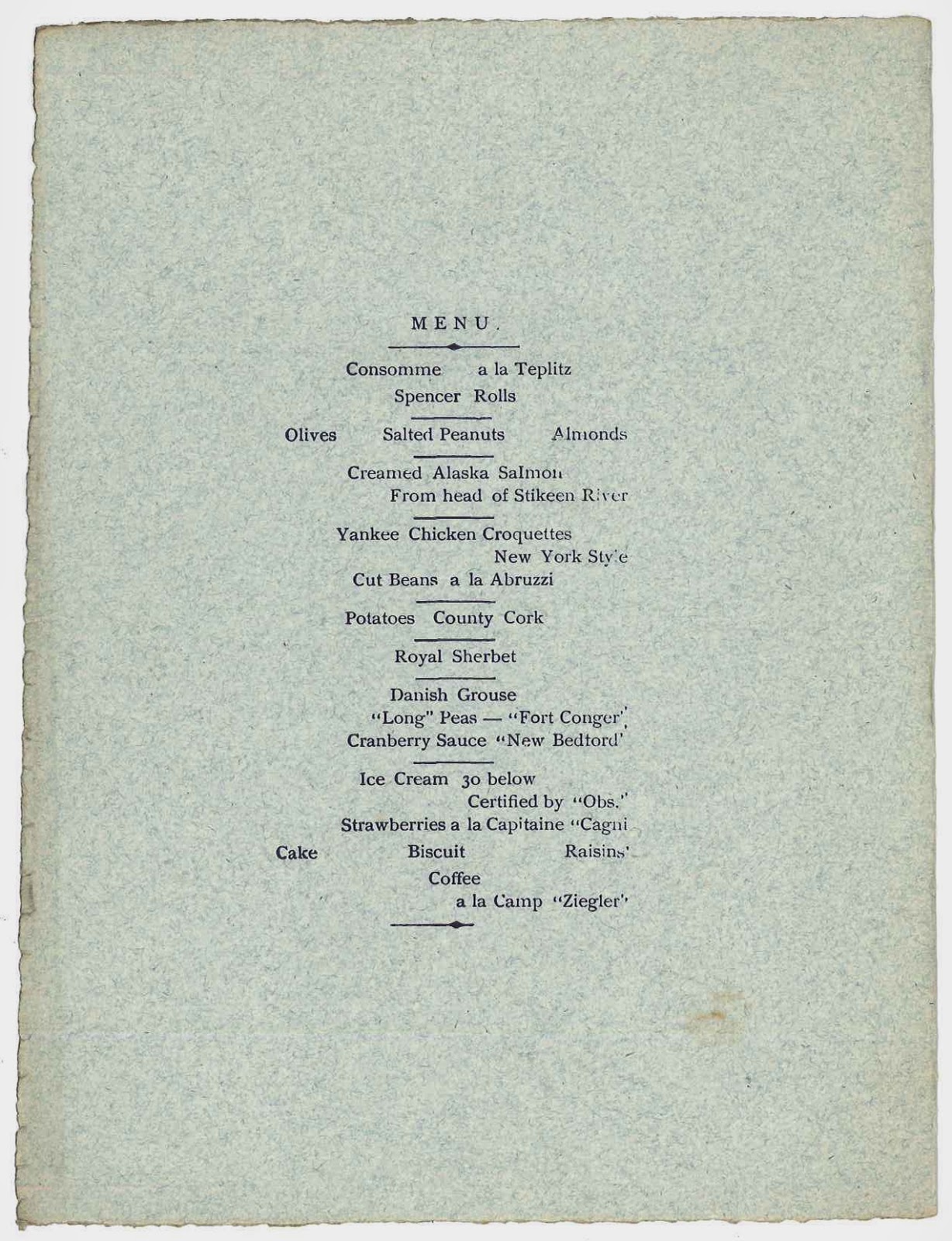 On a more cheerful note, especially for chocolate fans, there's the Tarif des Consommations from the Nestlé pavilion at the1937 International Exposition in Paris.