Maria Magdalena, Duchess of Tuscany, was born into the Hapsburg family. The daughter of Archduke Charles the II and niece to Maximilian II, she married well. Her husband was Cosimo II de Medici. Her Book of Hours, perhaps originally prepared as a wedding gift, became for her a kind of album of miniature art and relics. The book is filled with miniatures she received as gifts from other royal families in Europe. 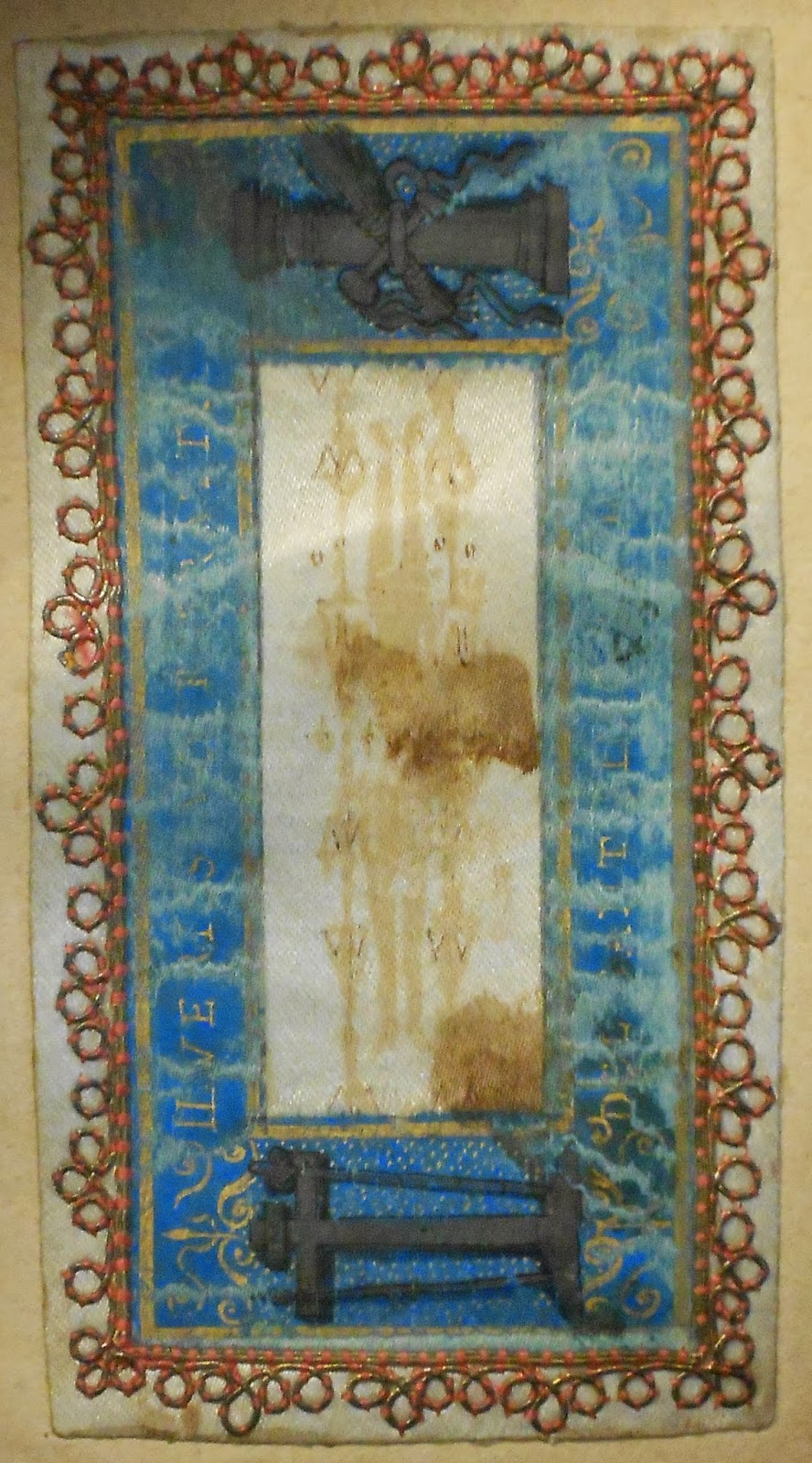 But what makes this so special is an extraordinary bit of cloth lovingly embroidered onto folio 172. On the back it is described in Latin, translated, "The Holy Cloth saved in Turin, in which was bound the body of Jesus Christ, as an example of its holy contact with the same, having been a gift to the most serene Mary, given by Fernando, Duke of Mantua." What this really is, we don't know. Likely it is a piece of cloth, painted with blood to look like the complete Shroud of Turin in miniature. But, could the cloth actually be a bit of the Shroud--a relic taken from it, then painted to represent the whole? Almost surely not, but the information on the back is inconclusive and these were the people with the connections, wealth and power to secure relics. That Maria treasured it as a relic is unquestionable.  Either way, it is an amazing bit of mystery.