If you've ever traveled across the Connecticut River between Orford, New Hampshire, and Fairlee, Vermont, then you did so on the Morey Memorial Bridge. The steel span, finished in 1938 and now listed in the National Register of Historic Places, was named for Samuel Morey, a resident of both Orford and Fairlee who was instrumental in the construction of the river locks between Connecticut's Windsor Locks and Olcott Falls in New Hampshire (now the site of the Wilder Dam).

However, Samuel Morey is perhaps better known today, at least around these parts, as the man who should rightfully be called the inventor of the steamboat as we now know it. Although Robert Fulton is generally regarded as the proper holder of that title, he instead should be credited with making the steamboat a commercially viable concept. Morey had built and successfully operated a steam-powered paddleboat in the early 1790s, more than a decade before Fulton's Clermont sailed up and down the Hudson between Albany and New York City in 1807. In fact, some historians speculate that if Morey had been a better businessman, his name would be synonymous with the steamboat, and not Fulton's. The financier for Fulton's "invention," Chancellor Robert Livingston, had originally approached Morey with an offer of $7,000 to use his invention. When Morey refused, Livingston turned to Fulton instead, and the rest is history. 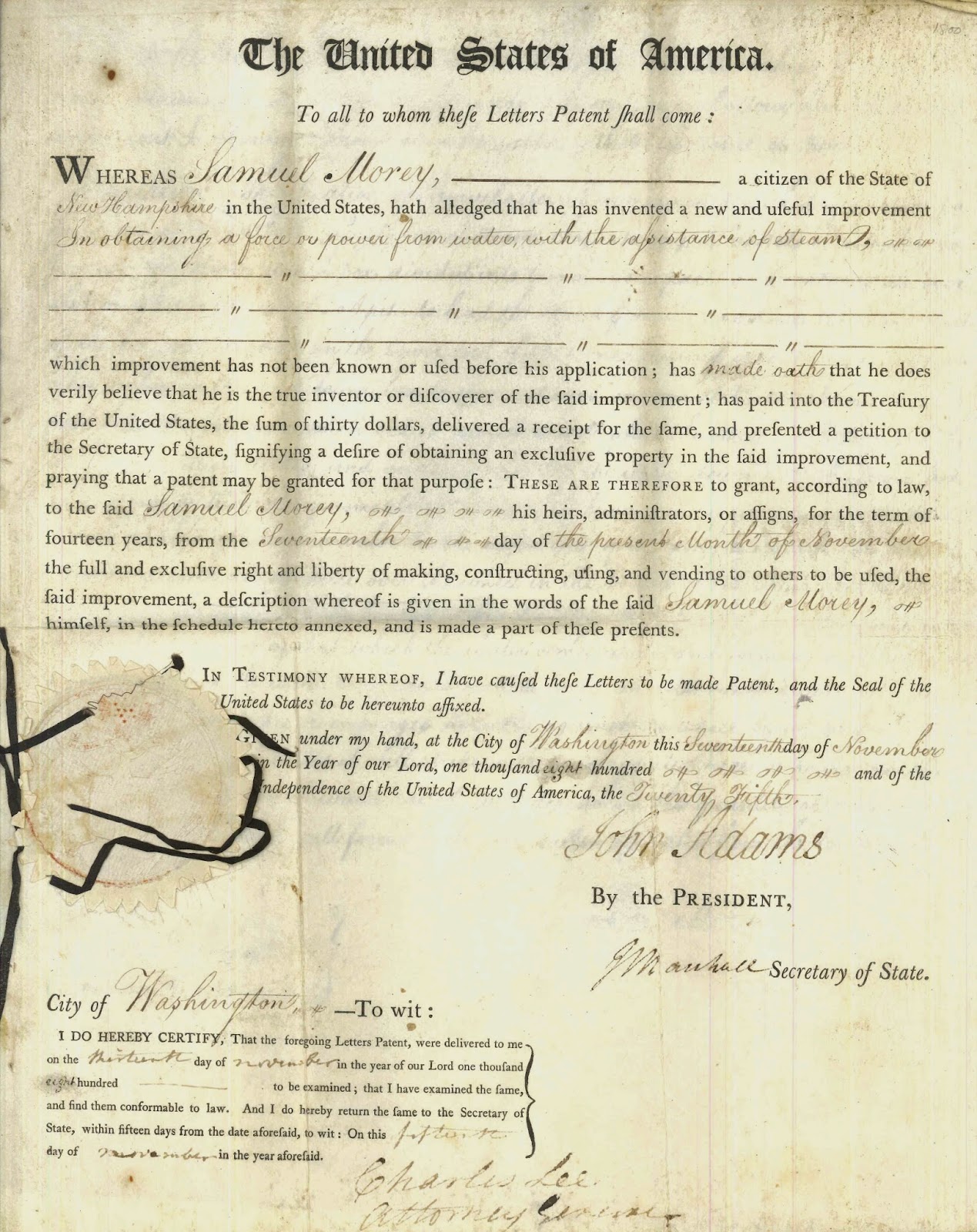 The Samuel Morey papers at Dartmouth bear testimony to Morey's early inventive endeavors. They contain numerous United States patents for various inventions related to the use of wind and steam power and provide a veritable who's who of Founding Father signatures, from George Washington and Thomas Jefferson all the way up to Andrew Jackson. One of Morey's first patents, filed in 1793, involves a wind-powered cooking spit. One of his last is concerned with an improvement of the "decomposing and recomposing of water in combustion with spirits of Turpentine," filed in 1833.

To see Morey's patents and other papers, ask for Rauner MS-150.