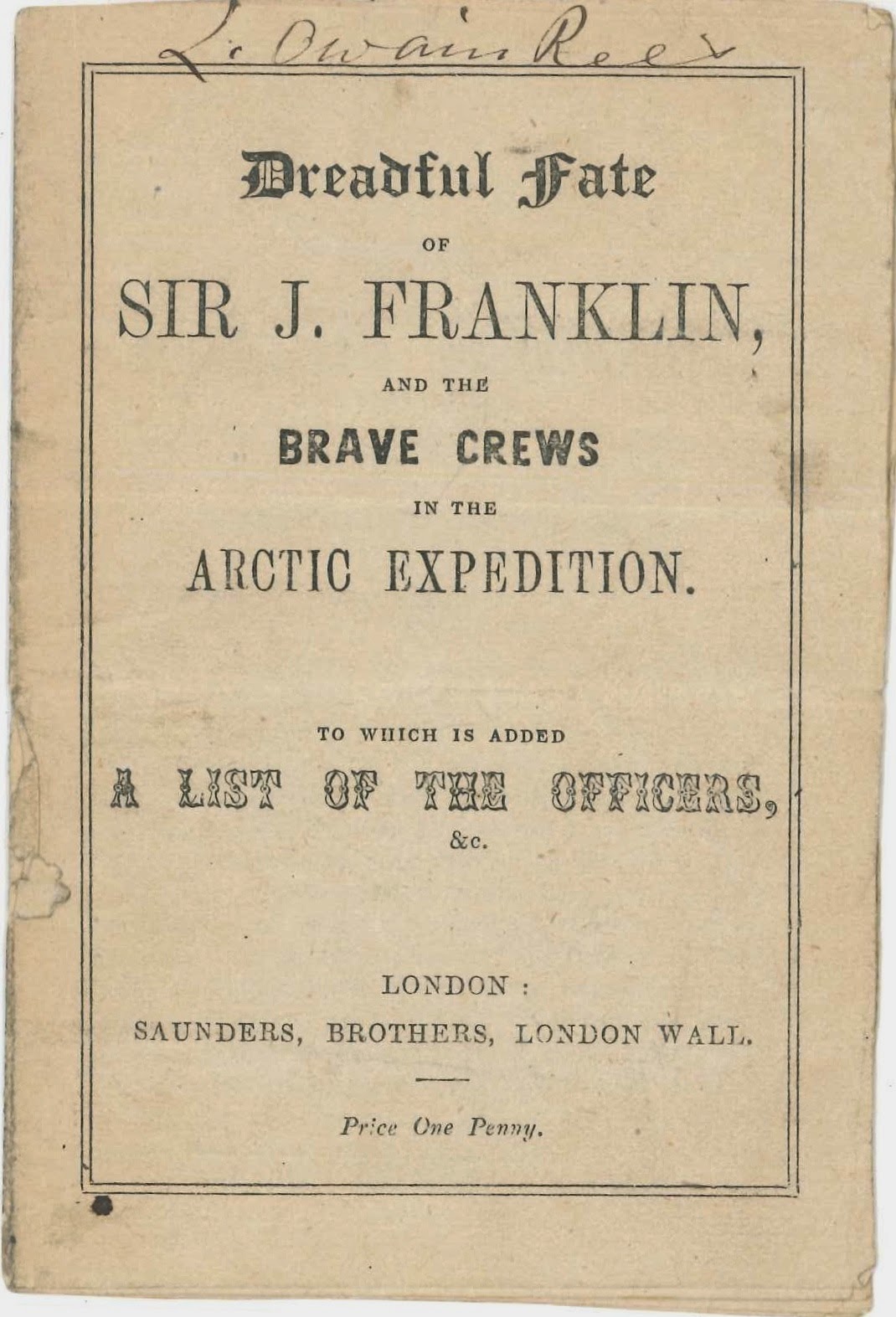 It's our 500th posting on this blog, and yesterday was our fifth anniversary. What to blog for such an auspicious occasion? The traditional fifth anniversary gift is made of wood--we did that once, no wait twice, and so many of our books have wood in them that would be too easy. The most glamorous "500" item we can think of is the publisher's mock up for Dr. Seuss's second book, the 500 Hats of Bartholomew Cubbins.  But, really, we blog Seuss all the time. There is always the line in Richard Hovey's "Eleazer Wheelock" satirically referring to five hundred gallons of New England rum, but we're not sure we want to celebrate that way.... Luckily, current events have stepped in, and we always try to be timely. 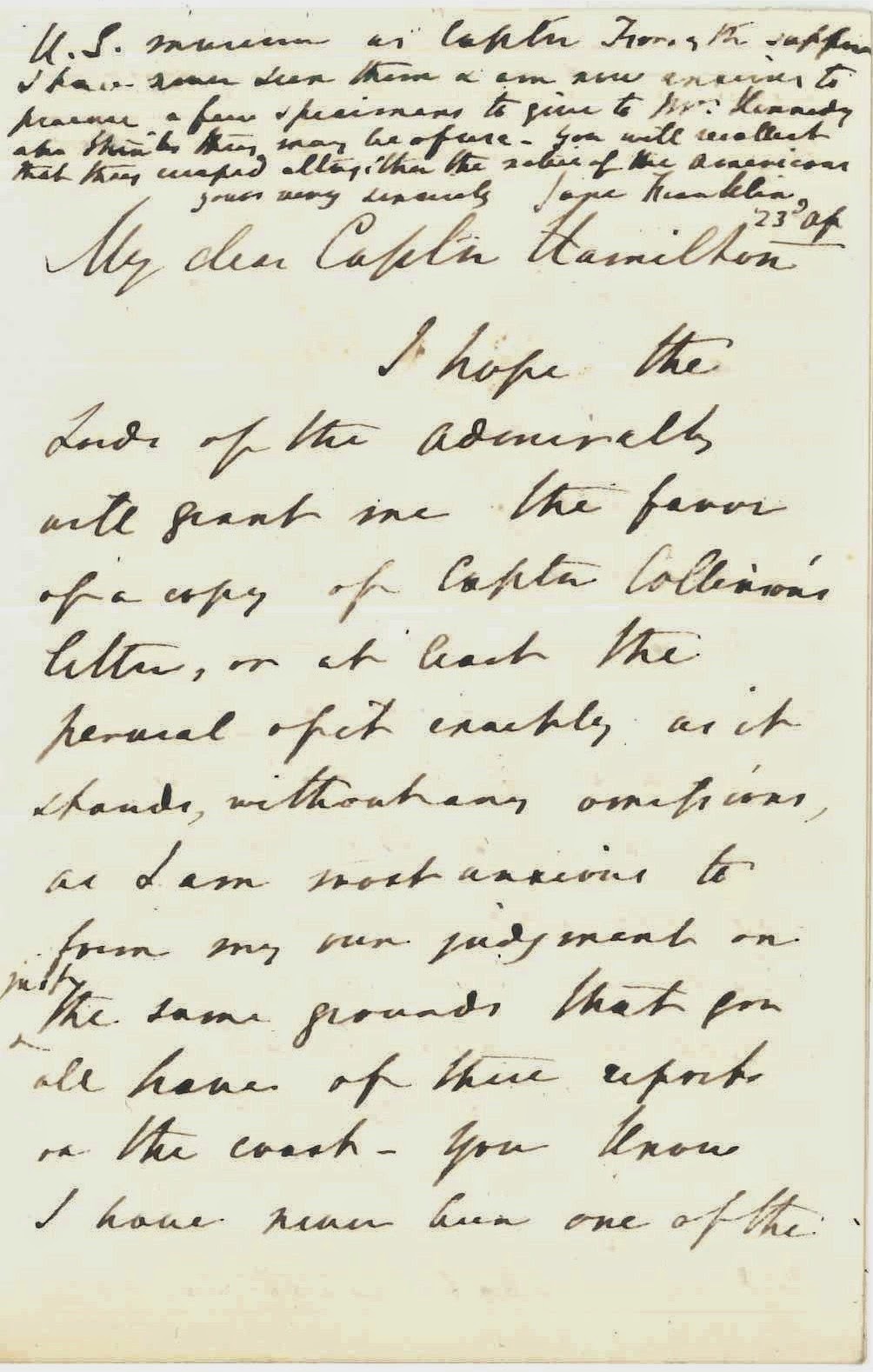 Earlier this week the Canadian government discovered one of the lost ships belonging to the John Franklin expedition. The most recent search has been going since 2008, but it was the intensive search for Franklin spearheaded by his wife, Lady Jane Franklin, that captured the world's attention in the 1850s and successfully mapped vast regions of the Arctic. The story does not have a happy ending. In 1854 John Rae discovered relics from Franklin's expedition and interviewed Inuit witnesses that established the death of the crew.

You would think that Rae would have been seen as a hero for his efforts, but he also discovered evidence of cannibalism that cast a shadow on the men the world had made lost heroes. Even after Rae's discovery, Lady Franklin continued her efforts to not only find possible survivors but exonerate them of any behavior not fitting a British Naval officer. In this letter, she conveys the frustration of one of the searchers, who felt that large sailing ships were at a disadvantage in polar seas, stating, "Oh that I had a steam launch, or a small vessel of 100 tons but chiefly a steam vessel!"

Our extensive Stefansson Collection on Polar Exploration has dozens of items related to the Franklin Expedition and the ensuing search. 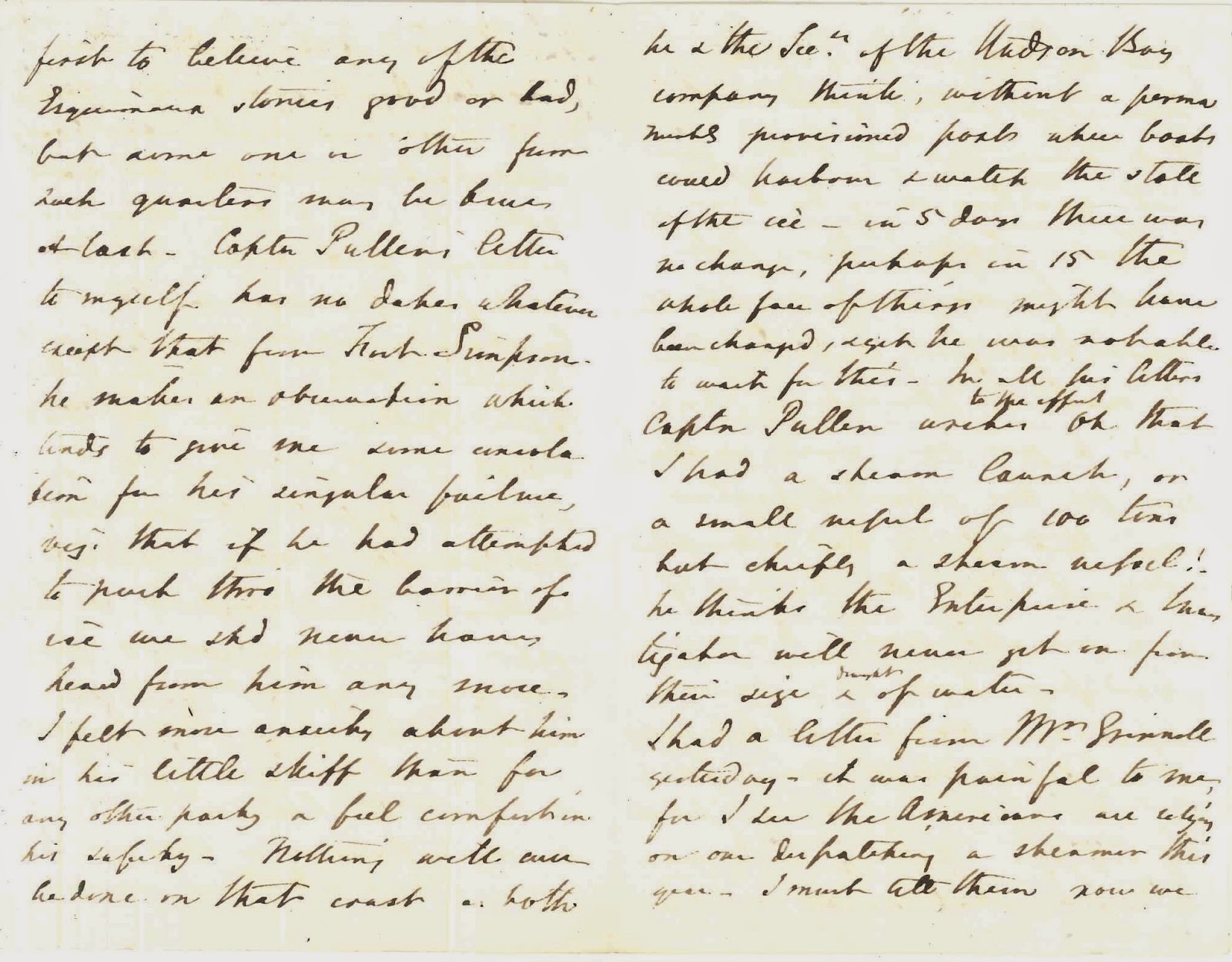 You can see some of Lady Franklin's letters by asking for Stef Ms-180. And to read a sensational pamphlet on Rae's find, ask for The Dreadful Fate of Sir J. Franklin and the Brave Crews in the Arctic Expeditions (London, Saunders, Brothers, 185-) at Stef G660.D72.