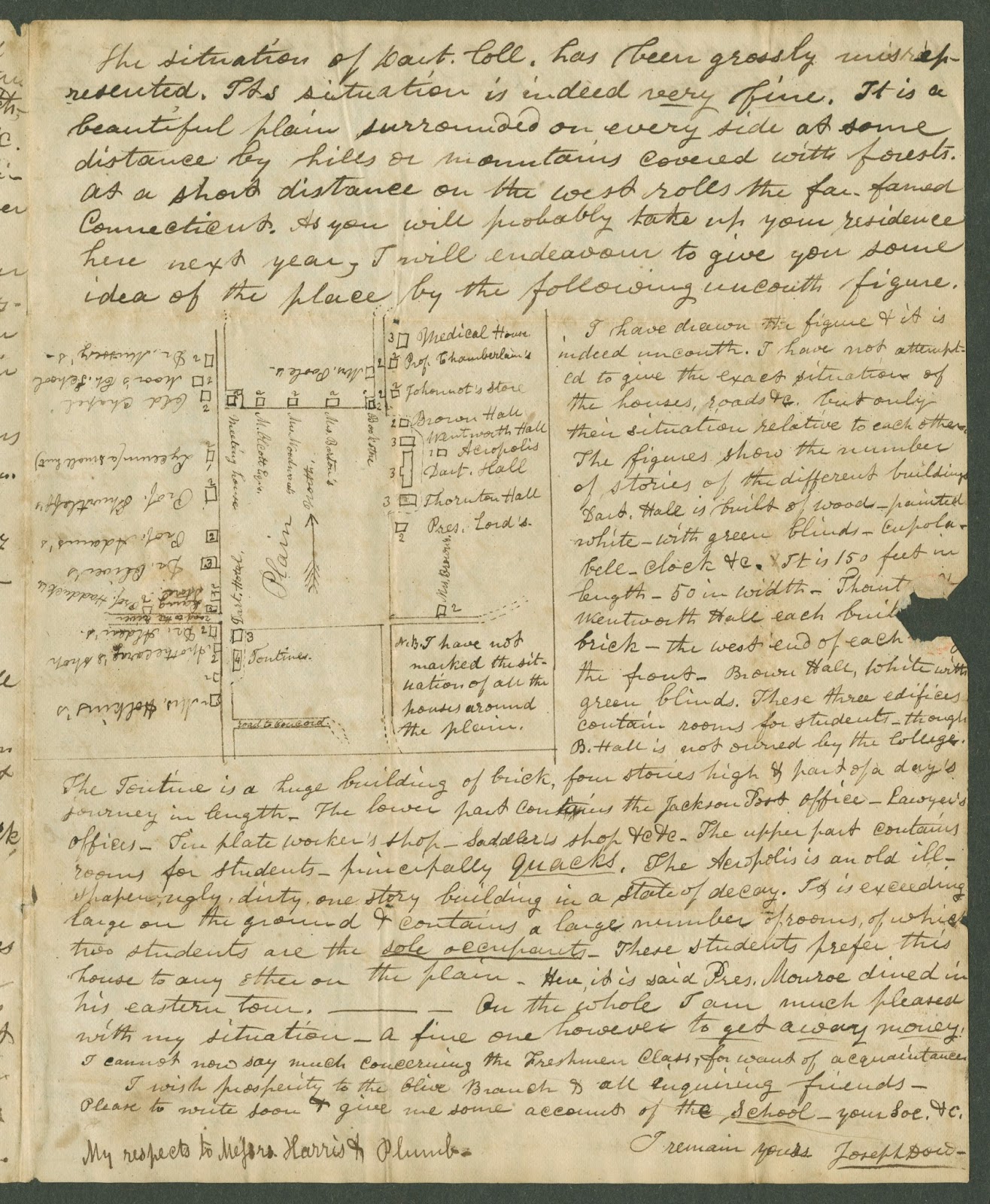 We recently acquired a small collection of letters addressed to Edmund B. Dearborn. Dearborn was a New England schoolteacher, who, although he prepared for college at Hampton Academy in New Hampshire, never matriculated at an institution. At Hampton Academy, Dearborn was a member of the Olive Branch Society. Incorporated in 1832, the society was founded to promote and improve writing and public speaking skills. However, when a fire at the Academy destroyed their collection of about six hundred valuable books, the society ceased to exist.

The letters in the collection are primarily from Dearborn's former schoolmates. Most had also been members of the Olive Branch Society and many of them went into teaching as well. The letters detail the routine, responsibilities and personal narratives of small town schoolteachers.

Several of them attended Dartmouth College and it is through these letters that we get a first-hand account of student life at Dartmouth in the first half of the 19th century. In a letter from September 1829, Joseph Dow '33 describes his life at Dartmouth, commenting that the "situation [here] is indeed very fine," and that the "situation of Dart. Coll. has been grossly misrepresented." He also implies that he expected Dearborn to join him at Dartmouth the following year and that in preparation for that he would "endeavor to give [him] some ideas of the place by the following uncouth figure." Dow follows this statement with a small drawing in which he describes the buildings in "their situation relative to each other." He also describes the Tontine building, which was destroyed in a fire in 1887, as a 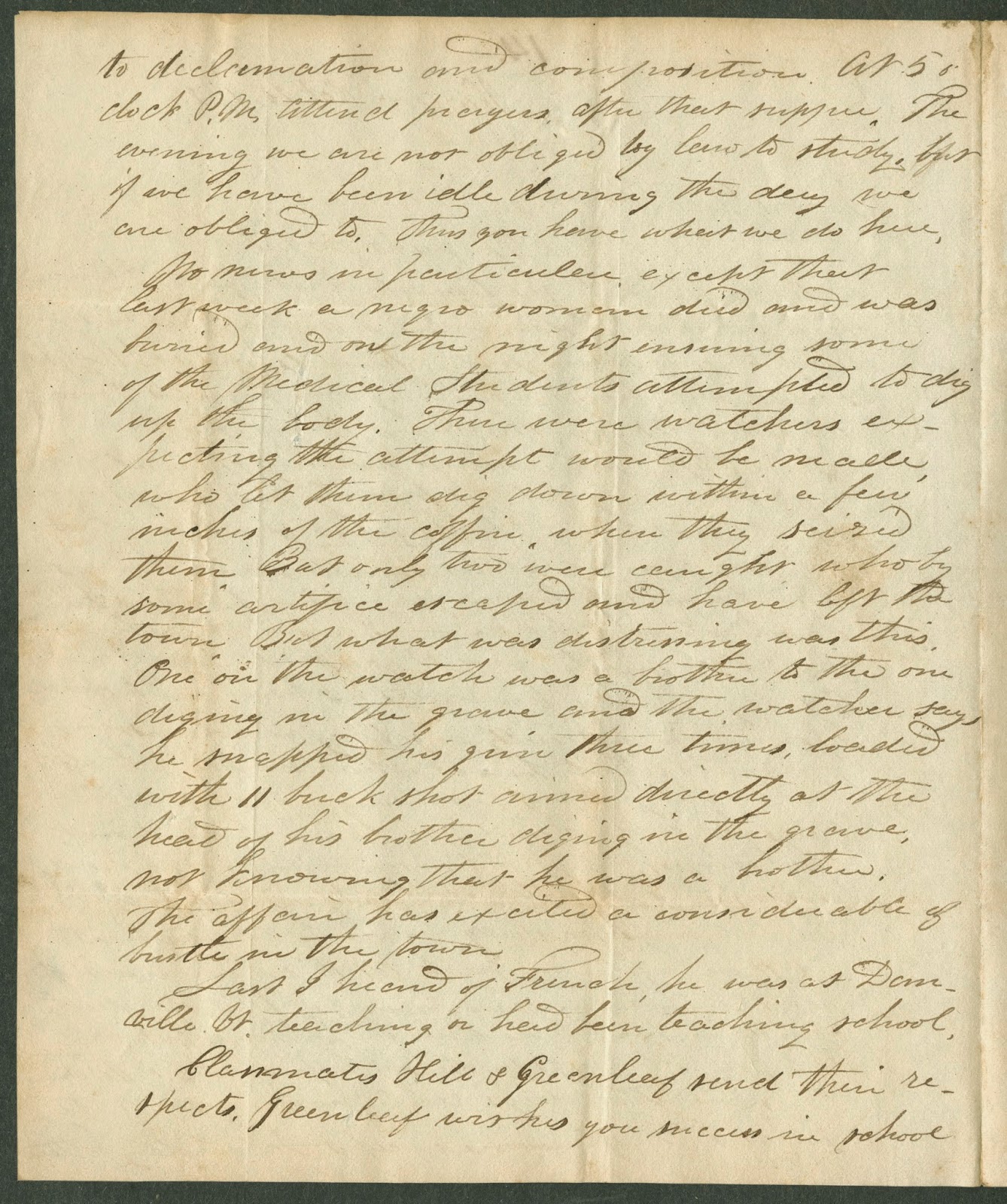 Another former member of the Olive Branch Society, John Calvin Webster '32 describes a more notorious incident when he writes that even though he had no particular news:

last week a negro woman died and was buried and on the night ensuing some of the medical students attempted to dig up the body. There were watchers expecting the attempt would be made, who let them dig down within a few inches of the coffin when they seized them.

Other correspondents in this collection include Amos Tuck, Jesse Eaton Pillsbury, S. P. Dole and David P. Page. To look at these letters please ask for MS-1290.