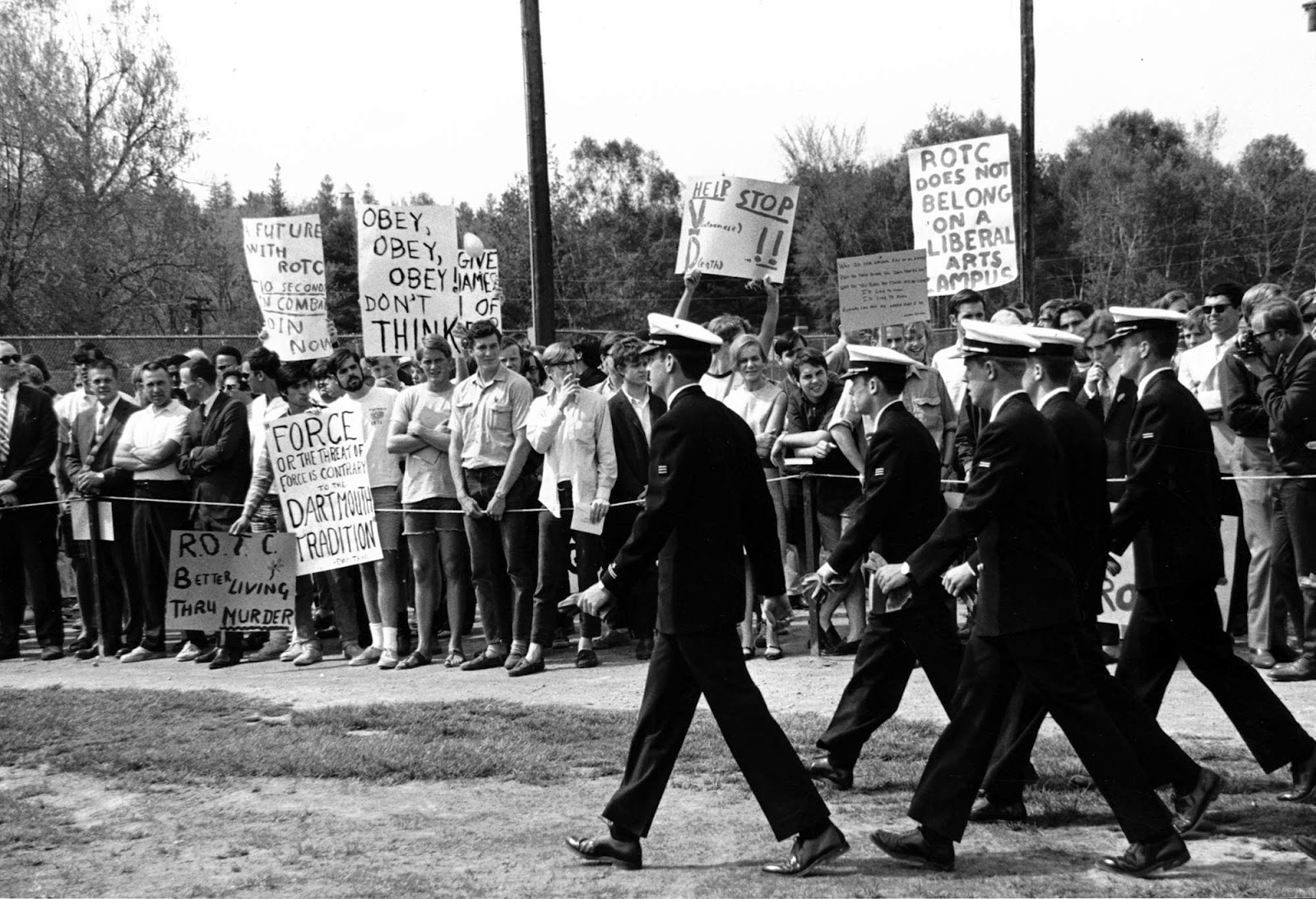 Fifty years ago, Robert B. Field Jr., a newly minted Dartmouth ’64, was nearing the end of Officer Candidate School at Naval Station Newport in Rhode Island. He was two months away from a training assignment in Brunswick, Georgia, and shortly after that, he would ship out of Norfolk, Virginia aboard the USS Long Beach. The Long Beach would travel widely with Field aboard — to Roosevelt Roads Naval Station in Puerto Rico, back to Virginia, through the Panama Canal, up the West Coast to its namesake city in California, a stop at Pearl Harbor, another at Subic Bay in the Philippines — but by the close of 1965, it would be en route to the Gulf of Tonkin, Vietnam. 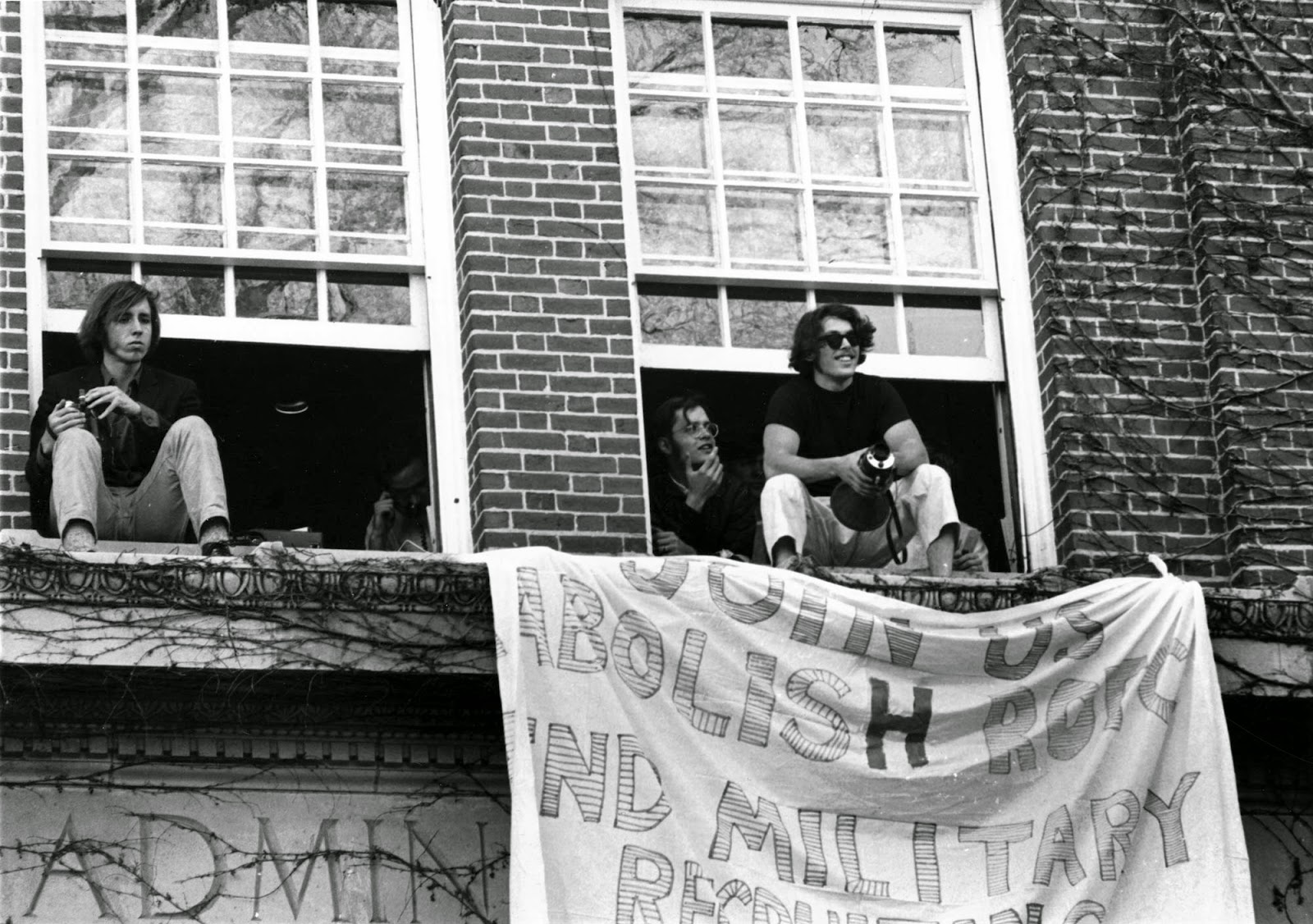 As Field’s military service was unfolding, two Dartmouth ’68s were just beginning their studies. John C. Everett Jr. and John G. Spritzler both arrived on campus in the fall of 1964, and over the next four years, their paths would take markedly different turns. By 1969, Everett would be bound for Cam Ranh Bay, Vietnam, aboard the USS Gallup. Spritzler would be a committed anti-war activist and a central figure in a protest that defined an era in Dartmouth history: the seizure and occupation of Parkhurst Hall on May 6, and the ensuing standoff with police that lasted well into the night. 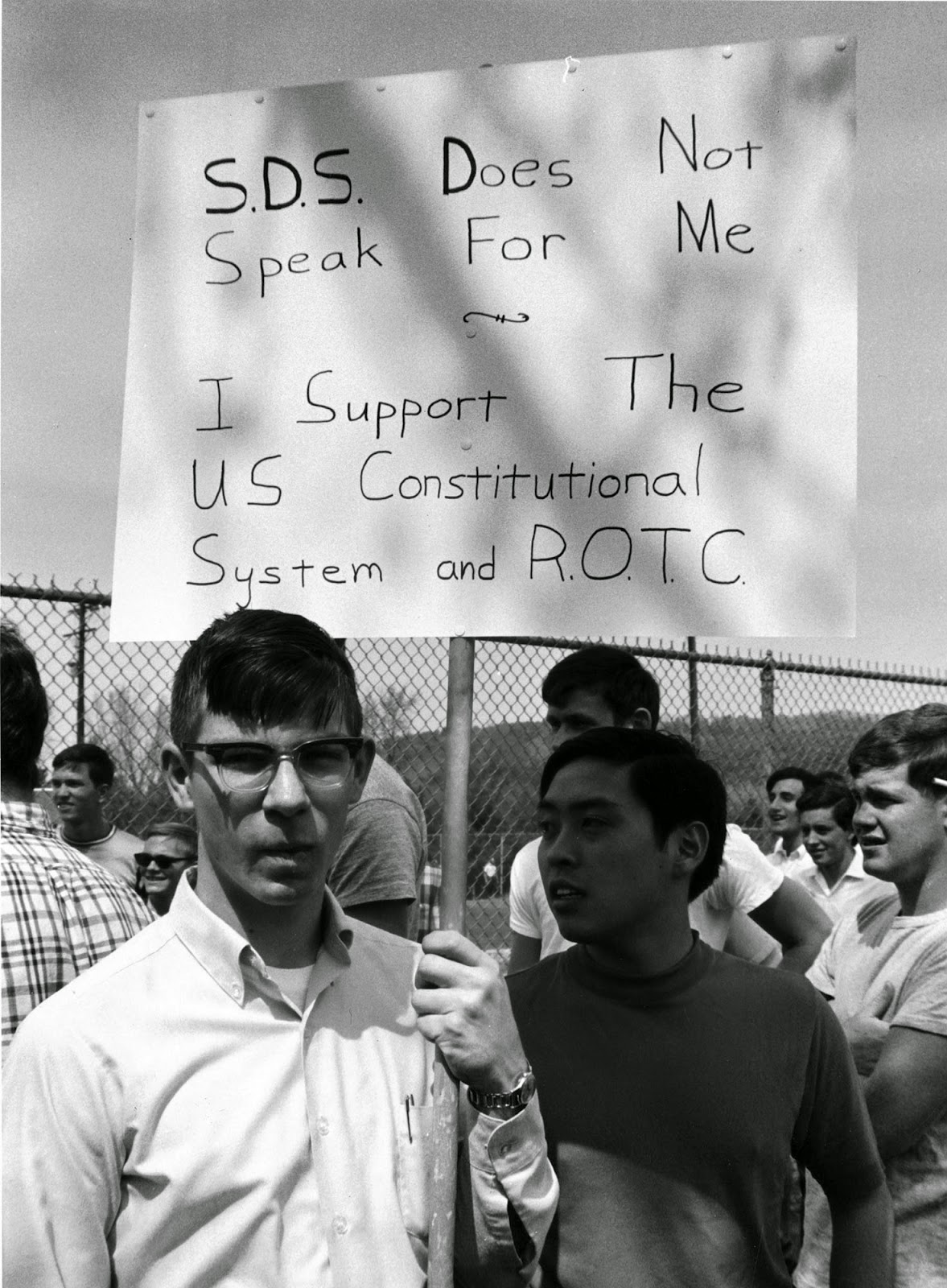 Decades after the last American troops withdrew from Vietnam, all three men sat down with a member of the Class of 2016 to share their memories of the war. Their conversations were audio recorded, and along with three others, now comprise the first products of the Dartmouth Vietnam Project. The DVP, a collaborative effort involving Dartmouth students, faculty, and staff, seeks to preserve and share the stories of alumni and other members of the wider Dartmouth community who experienced the Vietnam War years firsthand. Students specially trained in the art of oral history conduct the interviews, and the resulting audio and text transcripts become part of a growing oral history collection at Rauner.

As of Veterans Day 2014, the first six interviews — Field, Everett, and Spritzler among them — are available on a dedicated DVP website (http://www.dartmouth.edu/~dvp). In the coming months and years, more and more interviews from veterans, activists, and those with memories of the impact of the war on Dartmouth and American society in general will join the original six. If you or somebody you know has a story to share, visit http://www.dartmouth.edu/~dvp/participate.html.